Ophelia’s Jump Productions is in full swing preparing for its 6th annual Midsummer Shakespeare Festival, co-produced with Pomona College. Each summer the festival presents two Shakespearean plays in repertory over a two-week period in mid-July.  This year’s festival will run from July 11, 2019 through July 21, 2019 and includes an all-female production of The Taming of the Shrew and the rarely produced Pericles, Prince of Tyre.  The productions will be performed in repertory, alternating each night. As a special treat for younger audiences and families, Ophelia’s Jump has added a production of the Scottish play entitled Mostly Macbeth that will be presented during two additional evening performances as part of their Summer Youth Program.

About the Midsummer Shakespeare Festival

Ophelia’s Jump founded the Midsummer Shakespeare Festival in 2014 mounting Macbeth and The Merry Wives of Windsor at Pomona College’s Sontag Greek Theater which had, up to that time, remained mostly unused for theatrical productions.  “The classic layout of the Greek theater and beautiful outdoor space made it the perfect setting for Shakespeare,” says Founding Artistic Director Beatrice Casagran.  Since then the festival has grown each summer drawing attendance from all over California and other states as far as New York.  The doors open nightly at 6:30 pm for picnicking and the nightly “Green Show” featuring local bands and vocal artists.  On Saturdays “Festival Days”, the grounds open at 5pm for festival goers to enjoy arts vendors, crafts and community business vendors, and Shakespearean themed games and activities.

Though Pomona College has sponsored the event each year, this marks the first year with Pomona College as a co-producer.  Local hotels and businesses provide special packages and offers for those who want to plan a weekend getaway in the picturesque town of Claremont which is home to the Claremont Colleges, the Santa Ana Botanic Gardens and The Claremont Village, a quaint downtown shopping area featuring excellent local restaurants, boutiques, the Laemmle Theater and the Claremont Museum of Art. Visit discoverclaremont.com for an exclusive “Room and Bard” package that includes festival tickets, Claremont gift cards, reservations at local hotels and more.

About The Taming of the Shrew:

Baptista has two daughters.  One of them is very popular and has men, young and old, lined up to marry her.  Being an old fashioned gentleman, Baptista insists that someone has to step up and marry his older daughter, Katherina, first.  Unfortunately, Katherina does not agree and refuses to play nice.  Enter bad boy Petruchio. He is looking for a rich wife and offers to “tame” Katherina. Baptista agrees and the battle begins. Set in modern day, OJP’s high energy production features an all-female cast playing both male and female roles.  With dynamic fight choreography and no-holds-barred tomfoolery this production gives a fresh 21st century twist to Shakespeare’s ode to the patriarchy because, after all, shrews don’t need to be tamed.

About The Adventures of Pericles, Prince of Tyre:

The Adventures of Pericles, Prince of Tyre is a fun, bawdy, hilarious, and slightly musical odyssey for the adventurous kid in every adult! Presented in the style of an energetic pantomime, this epic tale features shipwrecks, jousts, a king whose throne is accented with the skulls of his victims, a group of drunken singing knights, Roman Goddesses, and a prince in rusty armor fighting for true love. Pericles and his daughter Marina encounter these things and more on their quest to find their way back to being a family. Written by William Shakespeare and George Wilkins (an aspiring writer and brothel owner), this play takes strange and riveting twists and turns through both the grotesque and the pure, weaving a silly yet somehow still poignant story about the meaning of hope, love, and family.

The Taming of the Shrew

The Adventures of Pericles, Prince of Tyre

Ophelia’s Jump is a non-profit Performing Arts Theatre producing plays, staged readings, the Midsummer Shakespeare Festival in Claremont, and hosting youth & adult improv & acting classes. Ophelia’s Jump Productions was founded by artists and educators who believe that the purpose of theatre is to create unending conversations, spark imagination, incite conscience, and elicit a visceral response. Ophelia’s Jump aims to invigorate the creativity and intellect of the community by working with local emerging artists.

Located in Claremont, California, Pomona College is widely regarded as one of the nation’s leading liberal arts colleges. Established in 1887, Pomona is known for its quality academic programs, a challenging curriculum, close relationships between students and faculty, a range of student research and leadership opportunities, and a strong commitment to the arts. Additional information available at www.pomona.edu 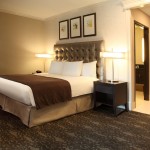 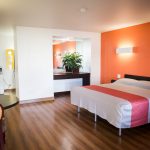 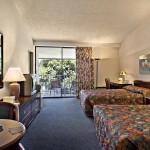 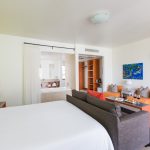