Restaurants in Claremont, California, are gearing up for the third annual “Claremont Restaurant Week” being held July 10-19, 2015. The annual Midsummer Night’s Dine will run for 10 days, including two weekends, to encourage Southern California foodies to 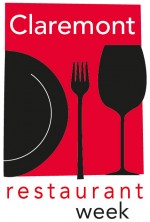 enjoy an overnight stay at one of Claremont’s five hotel properties.

Restaurants offering special Claremont Restaurant Week menus this July will include the following:

(A complete list of participating restaurants will be announced in June.)

Claremont’s reputation as a regional dining destination has been on the rise in recent years, thanks in part to the efforts of local restaurateurs Ed Inglese, Sal Medina and others, and the work of chefs like Matt Mattison, Stephen Rudicel and Jose Ruiz. With a growing number of regionally acclaimed restaurants and dozens of locally owned eateries keeping the food scene fresh, it’s no wonder that LA Weekly and NBC Los Angeles have declared Claremont a “food neighborhood” that’s “worth the drive” for foodies and tourists.